The pipeline serves Hummel Station, a natural gas-fueled power plant which was constructed in 2018 at the existing site of the coal-fired Sunbury Generation facility near Shamokin Dam in Snyder County. The power plant was developed and built by Panda Power Funds and Sunbury Generation LP and is now under the ownership of LS Power Equity Advisors. At 1,124 MW, the Hummel Station is one of the largest coal-to-natural gas repowering projects in the country. The ~1 billion-dollar project uses approximately 180,000 Dth/d of natural gas and generate enough electricity to power one million homes, while releasing fewer NOx emissions, and virtually no sulfur dioxide, mercury or particulate pollution. 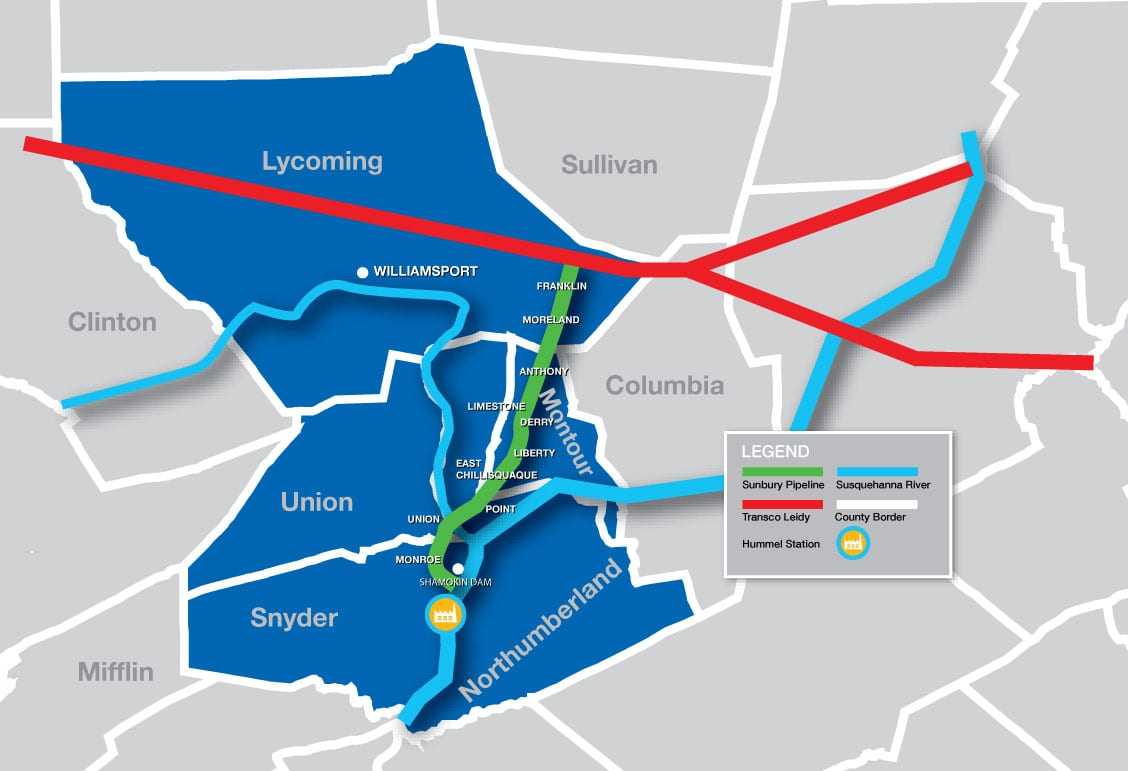 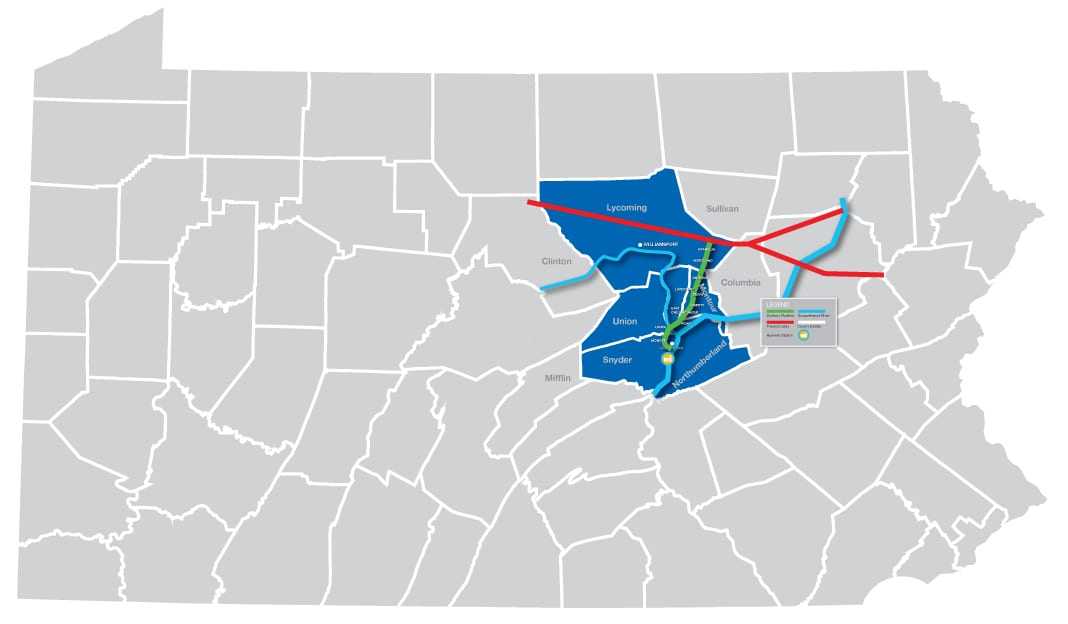